Memorial Article for
late Prof. Dr.-Eng. Heinrich Wilhelm Gudenau
passed away on August 6th 2019 at the age of 83. 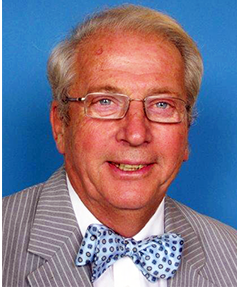 Prof. Gudenau was born in Wanne-Eickel, Germany,1936. He graduated in 1967 from RWTH Aachen University in the field of Iron and Steel Metallurgy and then earned his Ph.D. (Dr.-Ing.) in 1967 and Habilitation in Tech. in 1972, as well as Dipl.-Eng. in Economy Science in 1971. In 1971, he took the position of a Senior Engineer at the Inst. of Iron and Steel (IEHK) in RWTH Aachen University.

In 1972, Prof. Gudenau went to Japan as one of the first European researchers. He worked both at Tokyo Institute of Technology and at the steel company, Nippon Kokan (NKK, Currently JFE Steel). Later he worked as visiting Professor and consultant in Australia, Brazil, Canada, China, Egypt, Finland, India, Japan, Korea, Sweden and other countries.

He was an Honorary Professor at the University of Science and Technology, Beijing, the University of Technology, Shenyang, China and the State University of Mining, Dnepropetrovsk, Ukraine, and was a Fellow of various metallurgical associations. He was particularly proud to receive the title "Honorary Member of the Iron and Steel Institute of Japan" in 2005. The "Sustainable Industrial Processing Summit & Exhibition: Gudenau International Symposium" took place in Antalya, Turkey, in 2015, in honor of Prof. Gudenau and Fray International Sustainability Award was given from FLOGEN Star OUTREACH to him.

His research activities covered firstly on ironmaking such as iron ore agglomeration, coke making, blast furnace, and new ironmaking technologies without blast furnace; direct reduction process, reduction and melting of carbon composite iron ore agglomerates in rotary hearth furnace ---- he started these studies earlier as a pioneer and yielded state-of-the-art technologies, which were applied in various commercial plants. In addition, he aimed at the importance of energy and environmental problems and contributed research developments applicable to industries, such as gasification technology of coal and elimination of harmful materials produced in steel plants. Professor Gudenau was highly evaluated by everyone as wide and faraway viewer, a man of good judgment and high sense of humor, having a deep passion for training younger researchers.

Prof. "Heiwi" Gudenau was the author or co-author of hundreds of scientific publications and the supervisor and co-supervisor of more than 300 doctoral theses, mostly in the field of ironmaking and sustainable development in the steel production of the world.

On behalf of Heiwi's pupils in Japan, we give our deepest sympathy and condolences to dear Heiwi.