Wüthrich International Young Star Award has been established in honor of the distinguished work and lifetime achievements of 2002 Nobel Laureate in Chemistry, Prof. Kurt Wüthrich. 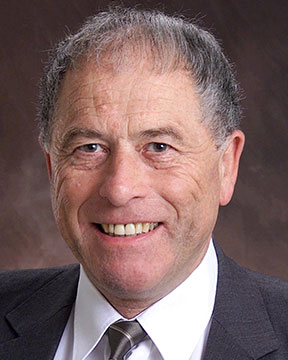 Prof. Wüthrich received one of the two 2002 Nobel Prizes in Chemistry "for his development of nuclear magnetic resonance spectroscopy for determining the three-dimensional structure of biological macromolecules in solution". From 1965-67 he worked at the University of California, Berkeley with Robert Connick, where he first used the new technique of nuclear magnetic resonance spectroscopy to study the hydration of metal complexes. This was followed by two years with Robert Shulman at the Bell Telephone Laboratories in New Jersey, where he was put in charge of one of the first superconducting NMR spectrometers and, motivated by his early career in sports, started studies of his haemoglobin ('haemoglobin KW'), which has since been followed by investigations of a wide range of other proteins. Wüthrich returned to Switzerland in 1969, joining the ETH Zurich (Federal Institute of Technology), and rising to professor of biophysics by 1980. He collaborated with Richard Ernst and others on developing two-dimensional NMR experiments and established the Nuclear Overhauser Effect (NOE) to measure distances within proteins. It was for this work and his decades-long leadership in biomolecular NMR spectroscopy that Wüthrich received the Nobel Prize.

The purpose of this Award is to acknowledge the work of young scientists and engineers for great scientific successes during their early career stages, especially directly or indirectly related, but not limited to, science and new technologies for sustainable development.

The Award Citation reads:
"For outstanding scientific performance during the early career stages, within the framework of sustainable development."

Proposals of worthy candidates for the Wüthrich International Young Star Award are welcome, and can be submitted to secretary@flogen.org