DR. FLORIAN KONGOLI FEATURED IN TIMES SQUARE FOR HIS GOLD MEDAL OF NANCY 334

Dr. Kongoli is represented on Times Square after being awarded the Gold Medal of Nancy due to his work as President of FLOGEN STARS Outreach, a not-for-profit international organization, focused on promoting science and sustainability through education, governance, technology, management and science, as well as in his role as CEO of FLOGEN technologies, a high-tech applied research institute focused on sustainability through developing sustainable technologies and making existing technologies more sustainable. 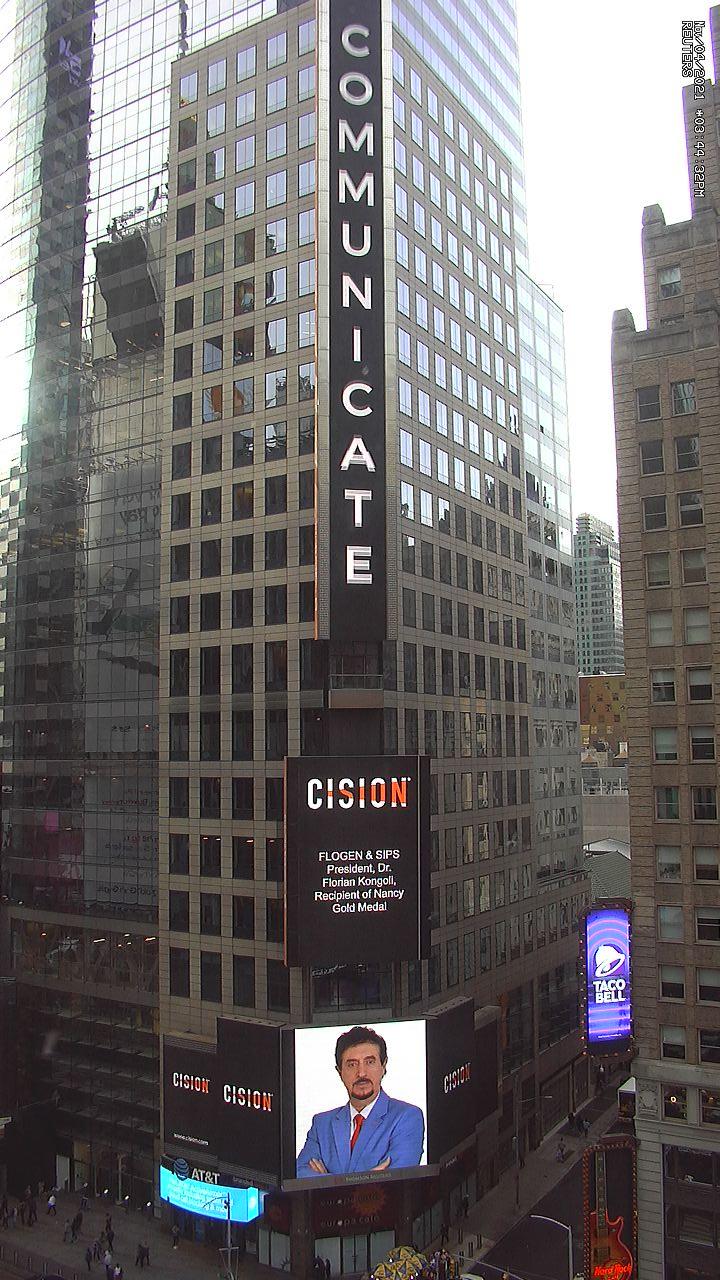 Dr. Florian Kongoli, President of FLOGEN and President of SIPS, featured on a billboard in Times Square, New York City, November 4, 5 and 6, 2021 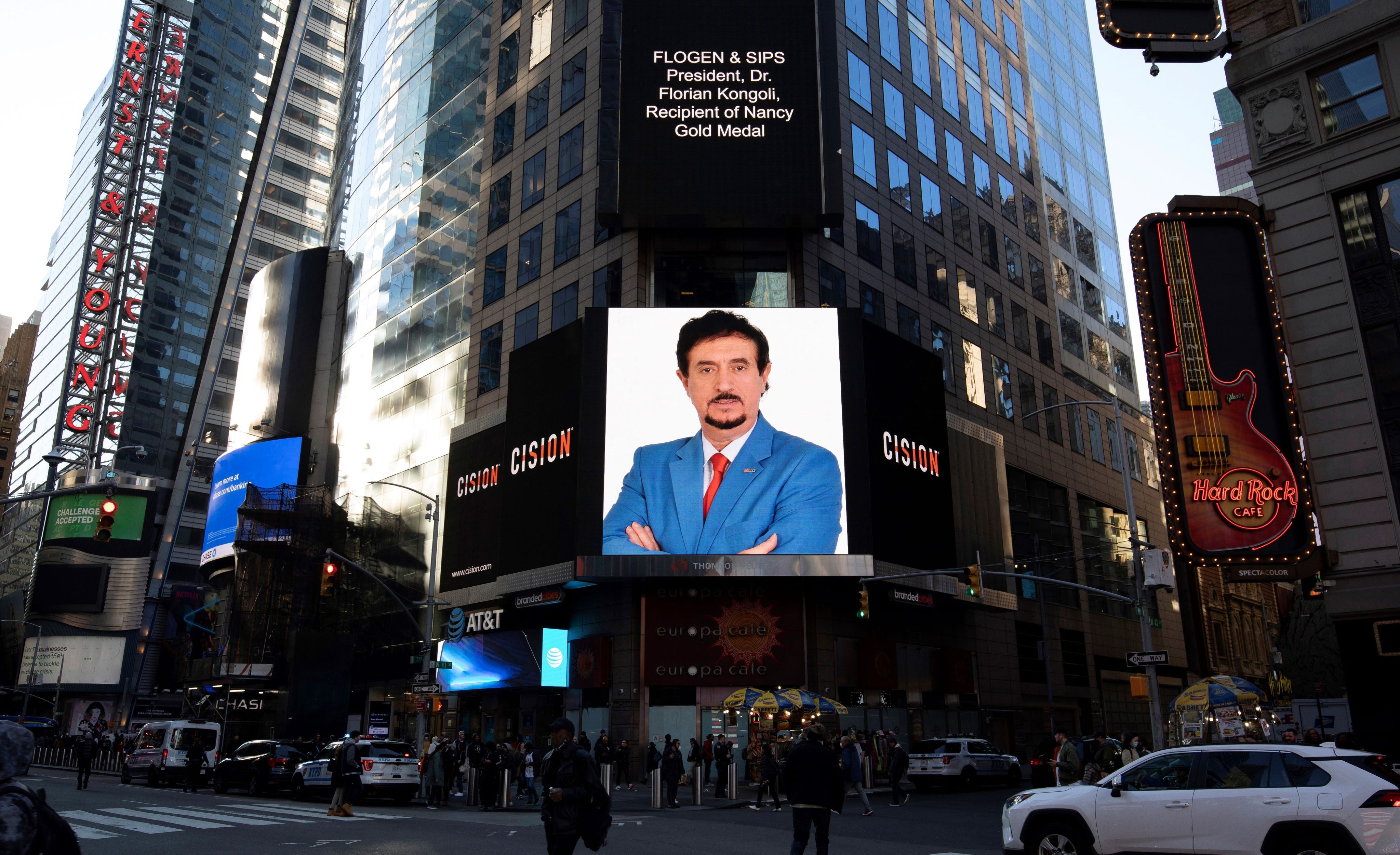 Dr. Florian Kongoli, President of FLOGEN and President of SIPS, featured on a billboard in Times Square, New York City, November 4, 5 and 6, 2021

An Article about Dr. Florian Kongoli written in L'Est Republicain


An Article about Dr. Florian Kongoli, Chairman of FLOGEN Star Outreach and CEO of FLOGEN Technologies, has been written in the French Newspaper "L'Est Republicain" in honour of Dr. Kongoli being acknowledged in Times Square, New York City in recognition of his Gold Medal of Nancy that he received in October 2021. The English and French text of the articles can be seen below.


Nancy in Times Square! As unbelievable as it sounds, it is true! 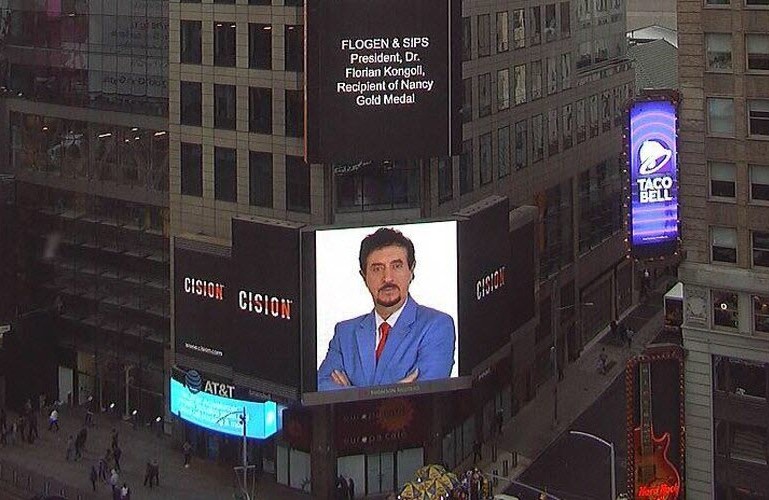 And this is thanks to a man: Dr. Florian Kongoli, CEO of Flogen Technologies Inc. an applied research institute in Montreal (Canada).

In addition to his three diplomas, his company, and his over 25 years of experience in applied technology, Dr. Florian Kongoli, is an honorary citizen of Rio de Janeiro and head of the organizing committee of an international summit on sustainable development. Dr. Kongoli is also the holder of the gold medal of the City of Nancy and an honorary member of the Lorraine Academy of Sciences, an institution chaired by Prof. Jean-Marie Dubois which has 150 members and fifty academics.

In Mid-October, Florian Kongoli spent two days in Nancy. When he left, he had promised to talk about Nancy through his travels around the world. Dr. Kongoli has kept his promise! 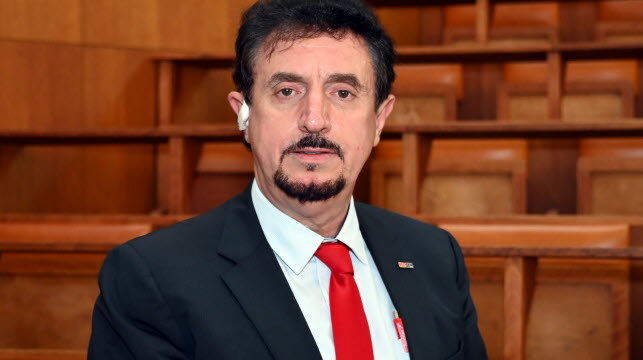 On November 4th, 5th, and 8th, his photo was posted in Times Square (in recognition of his Gold Medal of Nancy), New York's well-known business district, with a nod to the capital of the Dukes of Lorraine, and Nancy

Contacted this Tuesday, November 9th, Dr. Florian Kongoli explains: "By becoming a new Nancy resident, I promised to be a good ambassador for Nancy. And There you go. When I became an honorary citizen of Rio de Janeiro, I had done the same publicity. My professional friends in New York helped me in both cases".


Dr. Florian Kongoli, President of FLOGEN and President of SIPS, featured in the Nancy Newspaper for being in Times Square in honour of his Gold Medal of Nancy

The article can be seen at the link below:
https://www.estrepublicain.fr/insolite/2021/11/09/nancy-s-affiche-sur-time-square-a-new-york

The French PDF can be seen below:
French PDF

Dr. Florian Kongoli, CEO of FLOGEN Technologies and Chairman of FLOGEN Stars Outreach, was featured in The Copper Worldwide Magazine for the Gold Medal of Nancy that he received on his visit in October 2021. The article can be seen below as well as a PDF link.

List of Media Organizations that have featured the news of Dr Florian Kongoli being awarded the Nancy Gold Medal. Click in the link to see the publication